The long-sought Higgs particle was discovered in 2012 at the Large Hadron Collider (LHC) at CERN, the largest machine in the world, which gave rise to a Nobel Prize the following year. Now the LHC has started up again after being shut down for two years of maintenance and upgrades, and it will now be almost twice as powerful as before. This implies a unique opportunity to produce and discover new particles that can hopefully give us clues to some of the universe’s unsolved mysteries, such as what dark matter is made of and why there is more matter than antimatter in the universe.

Research in theoretical particle physics in Gothenburg and Brussels

Background: PhD in theoretical physics at Chalmers 2010. Spent 1.5 years as researcher at CERN from 2009 to 2010, where his interest in particle physics awaken. He has been in Madrid and Brussels working as researcher, and has now he is splitting dedication between the University Libre de Bruxelles and Chalmers.

Current: His model, which connects the Higgs particle of dark matter, is currently being tested at CERN, the world’s largest particle physics laboratory, situated across the border between Switzerland and France.

Register for the event here 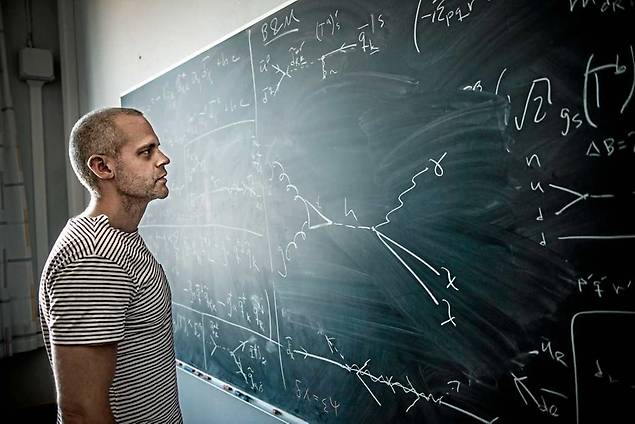